Major Howard Winfield, son of the late Ermine Fitz Winfield and Reverend William J. Winfield, was born December 7, 1924 in Harrisburg, Pennsylvania. He graduated from the former William Penn High School and joined the armed forces. After faithfully serving his country during WWII, Major returned home and matriculated at Temple University graduating on September 12, 1947 from the former Eckels College of Mortuary Science. Major was licensed to practice funeral directing in January of 1951 and remains active in the business that he founded in the same year, operating it on the philosophy of “Service and Love”.

He now enjoyed the honor and blessing of being the head of a third generation business. His early work experience included tenures at the former Harrisburger Hotel, Navy Ships Parts Control Center and the State Department of Revenue. In the seventies he joined forces with C. Delores Tucker and others to assist many blacks in finding positions in State Government. During that time, he was affectionately known as “Deputy To The Blacks” by his contemporaries and served as Secretary of the State Board of Funeral Directors for a total of eight years. Major has strived hard to remain committed to his “Call”. Many oppressing winds of criticism, ridicule, discouragement and disappointment have contrived to blow him off course, but with God’s help he continues to be “His Man”. He continues to feed the hungry, clothe the naked and give sight to the blind through a storehouse of knowledge and wisdom.

His Christian journey began under the tutelage of his father, Reverend William J. Winfield, founder of the former Monroe Street Church of God. Later in life, he became a member of the family church of his wife, Mt. Zion Missionary Baptist Church where he served as a Trustee and a member of the Memorial Choir. He was an avid supporter of The New Canaan Ministries founded and pastored by his son-in-law, Reverend James N. Tate. Major was married to the late Dorothy Brown Winfield and from this union five children were born; the late Gilbert (“Butch”), Howard (“Howdy”), Reverend Dorothy (“Dolly”) Tate, Mitchell and Charles; twelve grandchildren and eight great grandchildren, to include his newest great-grandson and name-sake, Major-Mahari Winfield DeFreitas. He is currently married to the former Shirley Dawson Urrutia and has one stepson, Antonio Urrutia. 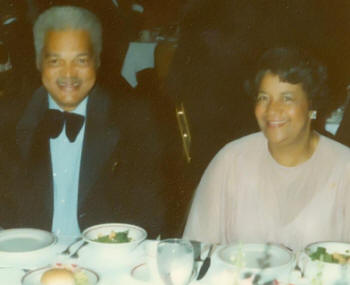 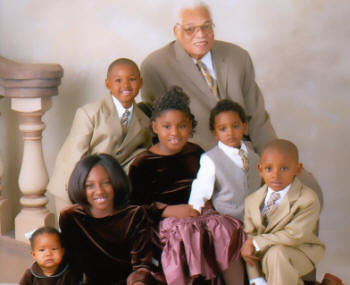